History dictates that Indonesia has gone through a lot of colonizers over the years. Because of this, Indonesia’s culture became a mixture of different influences from different parts of the world. With at least 300 ethnic groups that practice their own set of customs and distinctive cultural objects, it can be challenging to describe Indonesian dating culture accurately.

Because there is no perfect formula on how to date an Indonesian, successfully building relationships can be difficult, especially for those from different cultural backgrounds. Understanding Indonesian dating culture can prove extremely helpful in having the right mindset when it comes to Indonesian dating.

As mentioned earlier, Indonesia is home to various cultures and traditions. However, this doesn’t mean that there aren’t any similarities or tendencies between one culture to another. The Islamic influence in Indonesia is strong, especially with the matters of marriage. Despite the conservative dating culture in Indonesia, romantic interests usually blossom during their high school days. Most Indonesians have admitted that they were still as young as 12 years old to have experienced their first romantic encounter. These occurrences, no matter how discouraged, are products on the changes in Indonesia’s dating culture. In a traditional country with strong religious beliefs, both old and new dating traditions can cause issues in public eyes.

Indonesian dating culture is not different from that of any other Asian country like India, Singapore, and China. Traditional relationships and dating customs in Indonesia expect men to take the initiative. It follows typical gender roles where women naturally assume the role of fragile individuals, while men see themselves as knights to protect women.

Dating has never been easier thanks to the different innovations in technology.

Indonesia has experienced a lot of colonial leadership throughout its history. Because of this, they adopted Islamic culture that became prominent in their religion and lifestyle. With Islam’s influence, polygamy became a widespread practice across the country. The appropriate marrying age for men varies on which family he belongs to. Because of the polyamorous nature of Islamic marriage, men can still get married past their prime years.

In contrast, Indonesian women can be married to men as young as 12 years old, depending on their family’s wish. The benefits of marrying a man and a woman is an essential factor during these decision making. Although Indonesians are naturally passionate about love and courtship, marriages for business purposes still occur.

When choosing said partners, matchmakers abide by their traditional criteria, the ‘Bibit, Bebet, and Bobot.’ These terms guide these clerics in selecting the right partner for the child and the family as well. Matchmakers mostly use these criteria to choose the right man for their client’s daughter. Because they believe in typical gender roles, men should ask for the woman of her hand in marriage.

As the name suggests, a person’s origin means his or her family background. This criterion includes where you come from, who your family is, and how they behave. Some parents even go about determining your family history to see if you have any disease or the like. If an individual comes from a good household and is surrounded by good people, he or she will most likely pass to become a suitor.

Like any other traditional Asian family, status, and authority matter when it comes to Indonesia’s ancient dating culture. The higher your family is in the social structure, the more chances you have in having a lot of marriage proposals lined up. Aside from family status, the suitor’s position at work also plays a massive role in determining his worthiness.

This characteristic is the most crucial trait that a suitor should have when parents choose their child’s right partner. This trait determines what type of person the suitor is, from his personality, habits, opinions about different topics, and how he or she treats his or her partner.

Since ancient times, Islamic families have kept a close-knitted bond between their family members. They take pride in how they value their family and their family’s public image. In most cases, Indonesian parents take it upon themselves to choose their children’s marriage partners. When the parents have chosen a suitor for their child through matchmaking, they undergo a process called ‘ta’aruf’ or introduction. In this process, the pair communicate through letters to get to know each other. Indonesian dating customs prevent a man and a woman from being alone together if they’re not married. Because of this belief, the matchmaker or a representative from each family should accompany the couple at all times.

One of the most influential customs the Indonesian dating culture has since ancient times is their ‘no sex before marriage’ rule. Indonesian families believe that a woman’s virginity is equal to her value and pride. Indonesian women who stay a virgin before marriage, despite being engaged, are considered as pure women. Women who bed another man who isn’t her husband will lose her right to marry and may end up alone in her lifetime.

This concept applies to both men and women in the community. When a man and a woman engage in malicious activities, they will face a lot of shame from their environment and face severe punishment. Those involved will also bring shame to their families and be considered as outcasts from the entire community.

Because of the strong Islamic influence in Indonesia, they often frown on the new dating customs that are now widespread. A lot has changed in Indonesia’s dating customs that even their traditional introduction practices have adapted with the use of technology. Aside from the innovations of online dating, the internet has become more open. Older generations believe that technology played a significant role in influencing the current local Indonesian singles from drifting from their tradition and exploring different dating norms in Indonesia.

According to a survey conducted by specialists, almost 50% of Indonesians know ay least one couple who has met online. 36% of Indonesian Millennials use online dating applications and websites to find their significant other. 43% of Millennials are proud to admit that they’re dating online. While 36% use online dating to find their special someone, 34% use it to meet other people and build networks.

Aside from locals, foreigners depend on local Indonesian dating sites like TrulyAsian to meet people and build friendships. Although dating sites have helped a lot of Indonesians develop their social circle, some have admitted that they hope to find the love of their lives through these applications.

Unfortunately, these platforms have also encouraged different people to try casual dating. This foreign practice led to many break-ups and heartaches in a relationship that locals considered reviving an ancient Indonesian dating custom, the ‘ta’aruf’ or introduction. The current methods of ta’aruf are not that different from their traditional origins. Interested individuals send their application in a resume or CV form to a matchmaker through various online platforms. The cleric then decides on these matches based on the traditional dating criteria and informs all parties involved. When both parties agree to the match, they go on supervised dates or keep in touch through calls or texts.

Like any other dating application, online dating or ta’aruf don’t instantly provide you with a happy life with a husband or wife. Both men and women involved should put an equal amount of effort to keep their relationship successful like any other couple. These platforms are only stepping stones to have a joyful love life. Any pair created by the matchmaker is not absolute. If a participant is not happy, he or she can cancel the marriage and the pairing.

Religion has always been a determining factor when it comes to dating an Indonesian. Because of their deeply rooted culture, they avoid people who do not believe the same beliefs they do. These religious practices have left same-sex relationships as a taboo in the Indonesian dating culture.

Many Indonesians believe that being part of the LGBTQ+ community is a ‘sickness’ or ‘abnormality.’ Although some accept and tolerate this unfamiliar concept, most Indonesians are still uneasy about the issue. They believe that it will take Indonesia a long time to accept the LGBTQ+ community as part of their new lifestyle, not because the government doesn’t support them. Indonesia’s dating customs and traditions do not allow these types of people to exist in the first place. 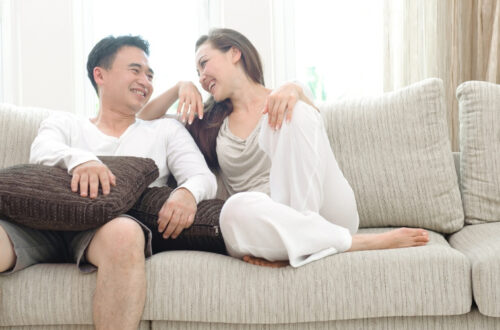 5 Reasons Why Online Dating Is Not Working For You 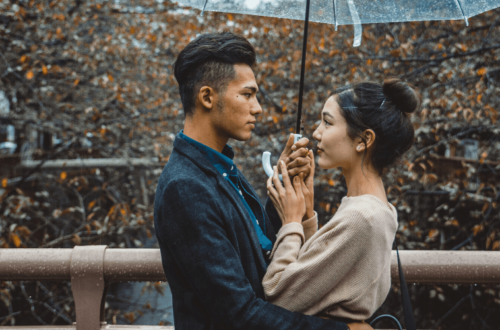 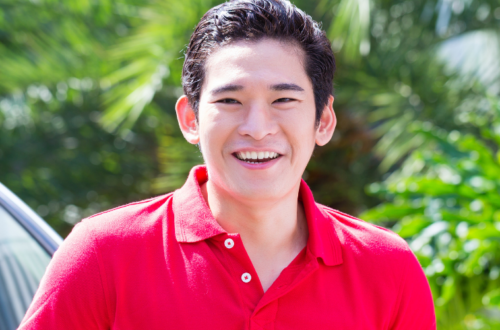 9 Tips on How To Date Asian Men