Check out TrulyAsian’s all-inclusive look into the dating culture in Malaysia for the hopeful.

Malaysia is a beautiful country in Southeast Asia with dynamic and youthful people.

Statistics reveal that Malaysia has an estimated population of 32.73 million. The people of economically productive ages, between 15 to 64 years old, comprise the bulk of Malaysia’s whole population. They account for 22.82 million of the Malaysian populace.

It is also important to note that there is a considerable number of non-citizens in the country. They are estimated to number 2.87 million.

The dating culture in Malaysia reflects the buoyancy and liveliness of this youthful population. The Malaysian dating culture has always been spirited and is continually blooming into a more beautiful chronicle.

The Old Dating Culture in Malaysia

The Malaysian dating culture is founded on the multicultural mix of indigenous tribes and the Malays that came. It was then further influenced by the migrating Chinese, Indians, and other ethnicities.

Despite the diversity, Malaysia’s traditional dating culture has been firm in its conservative beliefs in dating, relationships, and marriage.

Because of collectivist beliefs, Malaysian parents would arrange their children’s marriages. Traditional Malay families believed that marriage isn’t just the pairing of the couple but also their families.

The elders were highly regarded, and their opinions mattered the most when it comes to family affairs. Filial piety is always observed, especially in Chinese-Malaysian families. Dating and marriage in Malaysia were more of a family venture than youngsters looking to establish independence. Arranged marriages were part of how they build “face” or their family’s social standing. A poor choice of a husband or wife would result in “malu,” which means shame, while a good match will gain them dignity and a positive reputation.

Traditional roles were clear-cut and all, regardless of ethnicity, lived by their definition. Men were the workers and the earners. The males are known to be the leaders and the assertive ones when it comes to relationships. Women, on the other hand, were tasked with domestic duties and are primarily seen as nurturers.

Malaysians then were very conservative. Elders frown upon any direct interaction between the opposite sex unless they’re your direct relative. Malaysian men and women would only date if there is an intention for marriage and would not engage in intimate acts before the ceremony.

Malaysians dress in modest clothing as revealing clothes is not an accepted notion in their culture. Couples also refrain from any public display of affection.

The New Dating Culture in Malaysia

Most traditionalist beliefs have been carried into modern Malaysia. However, it has aged gracefully with time and has evolved to be more receptive.

Here are some noteworthy culture adjustments in the Malaysian dating scene:

1. Malaysians are still generally conservative, and it is palpably reflective in how they dress, speak, behave and socialize.

The vast majority of the Malaysian people practice Islam, followed by Buddhism, Christianity, Hinduism, Confucianism, and other religions from China. These religions, though distinctive, share the value of wearing virtuously to show respect to the body. Thus, Malaysians usually wear clothes covering their whole torso, with long or elbow-length sleeves, and skirts or pants that reach down below the knees. Malaysians often exempt foreigners and ex-pats from this norm, but they much appreciate newcomers wearing decently.

When it comes to socializing, men and women prefer to interact indirectly initially. A resource says that 35% of men and 34% of women opt to text first before going on a date. Furthermore, the dating culture in Malaysia has since evolved into a more digital approach. Currently, online dating apps and sites like TrulyAsian are being used by the majority to meet new people. Simultaneously, it is introducing the concept of romantic pursuits and matching to the predominantly traditionalist Malaysian society.

Among the rising dating sites and apps, TrulyAsian is one unique, laudable Asian dating platform. It is widening the horizons of singles in Malaysia while preserving its identity and culture.

Malaysian society has since been lenient with the western ways of dating as foreigners come to visit and stay. In public, holding hands is alright, but anything more is scandalous. Most often, the respectful newcomers adjust to the conservative culture to show respect. With this, the culture of discretion in intimacy is kept.

3. No PDA, until marriage

In the course of the relationship, couples refrain from romantic physical contact until marriage. Surveys reveal that 64% of Malaysians pledge abstinence before marriage. 69% of this group also said that they would avoid having a relationship with somebody who’s already engaged in premarital sex.

To Malaysians, dating is an exclusive relationship and when they date, they date with the prospects of marriage.

Some elders in Malaysia’s rural areas may still impose arranged marriages, but parents are becoming more trusting with their children’s choices in urban Malaysia. They always still lend a hand or give advice, though, because Malaysians still believe that marriage is only to the couple, but a union of families.

6. Education is of great importance

Education has now become the most critical milestone for Malaysian singles before they find an equally intellectual partner. In urban Malaysia, parents encourage their children to marry after graduating from their tertiary studies, so they have a companion when they officially enter their adult life.

Women have now become more empowered in many aspects of their lives. They are now capable of building a career by hiring “Bikik,” or maids that take care of the household.

Must-knows before entering the dating scene in Malaysia

Honesty is one of the essential values in Malaysia. Trustworthiness is vital when meeting single Malaysian women and men online. Malaysians are wary of deceptive and too-good-to-be-true profiles, and they would not engage with such people. Therefore, be genuine and sincere when setting up your online account. Doing this will ensure that you form real connections in your online dating journey.

Set up an ideal date.

A quick dinner-date with “halal” food is always a pleasant bonding experience.

Note as well that Muslims do not consume pork, and Indian-Malaysians avoid beef.

If you are a guy, you must offer to pay for the food on the first date. A survey shows that 65% of men and women in Malaysia think this a standard, but be gracious to independent women who might want to split the bill.

Family plays a big part in establishing a romantic relationship with a Malaysian single. Warm-up to the family by “buah tangan” or bringing gifts when invited into their home.

Remember that each of the major ethnicities in Malaysia has its unique customs concerning gifts. For Malays, pastries or fine chocolates are good gifts. Make sure not to use white or yellow wrappers, though. The color white symbolizes death and yellow for royalty. For Chinese-Malaysians, sweets or fruit packed in pink or red elaborate wrappers is preferrable. Avoid giving flowers because it a known gift for the sick and the dead.

Of course, it is best to ask your beau what their family would particularly like so you’re sure to delight them.

As a final reminder, avoid giving exceedingly luxurious gifts as Malaysians may feel they need to do the same.

Dating can be repetitive and exhausting. However, like any other challenge in life, it hides a surprise and the one whose patient gets to have the biggest payout. You just have to take a step back and look at your journey so far. Try to look at it in a different light to gain perspective. One way to do that is to learn the dating culture in Malaysia.

Are you ready to make the change? Ready to take a leap of faith and try one more time?

Then come to one of the best Asian countries to meet singles. Malaysia is waiting for you. 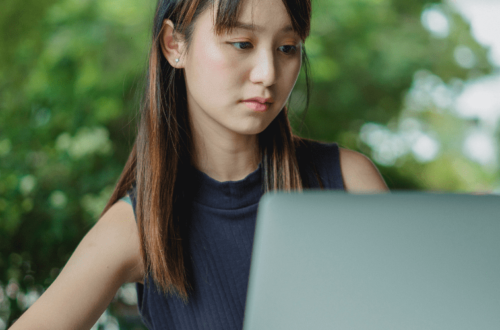 Is Dating Any Different in a Malaysian Online Dating Site? 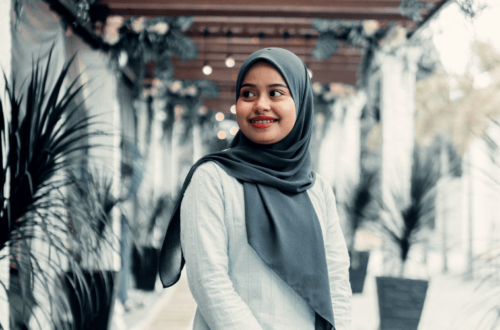 The Secret to Dating Malaysian Women 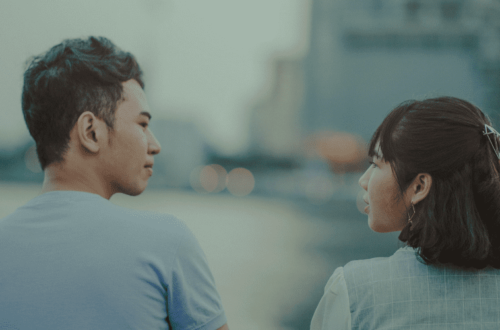 Your Heist Guide to Winning a Single Man in Malaysia