Dating in Japan is unique from the rest of Asia (and the world). There aren’t any particular dating rules in Japan. However, it is essential to have a background on how the country’s values directed how the dating culture flourished in Japan. This will enable you to experience it wholly and positively.

A Guide on How to Get into the Japan Dating Scene

Japan and its strong sense of identity

Japan’s societies are parochial. They emphasize cultural conformity and are keen on keeping their image defined. Some may think it is too stern, but it is just one of Japan’s many intricacies. Japanese people are generally understanding and affirming. However, they are fiercely loyal to family and proud of their grounding.

In the dating scene, this is manifested by suitors having to learn and adapt to certain practices to be able to bond and build deeper connections. To successfully engage, one must be able to accommodate lifestyle changes. Immersing well with the culture will ensure a lasting relationship.

Barriers to dating and how the Japanese overcome them

A few do not plan on marrying and consequently do not date. However, they only comprise about half of Japan’s unmarried rate. So what is preventing the Japanese people from dating and marrying?

Financial Stability. It is not surprising for financial reasons to be the number one reason. Japan ranked third as the most expensive country to live in Asia. To promote dating, the government is offering financial support for newly married couples. The country has also encouraged foreigners to come for work because of its aging population. As a consequence, the dating pool is expanding.

Past Disheartening Experience. Like most, some Japanese people stopped dating because of a previous experience. They have become frustrated with socializing and discouraged that they are not finding “the one.” The government once again solves this problem by launching matching services and organizing marriage hunting dates in local areas.

Free dating applications and sites in the region are also gaining demand.

These dating services are aimed at coupling up compatible people. If you participate in these platforms, you are definitely on your way to meeting a lover.

Japan’s work culture and how it affects the dating scene

The Japanese people are some of the most hard-working in the world. According to studies, almost 25% of full-time employees worked 80 hours of overtime in one month.

This leaves the working-age population (also the age of dating and marriage!) less time and energy to socialize. Around 72% of those who married have met through family, mutual friends, and acquaintances at school or work.

Thankfully, from this predicament came initiatives and new options to encourage the Japanese people to date.

The government itself is encouraging its citizens to explore the dating scene. It’s giving monetary grants for local governments initiating meet up and dating services, as well as marriage agencies.

Online platforms becoming the most reliable approach to dating

In the past, online dating wasn’t considered real. The Japanese believed that meeting in person is the only way to have an authentic date. To the extreme, dating online has been associated with criminal activities like fraud, scams, and even prostitution.

Fortunately, the stigma is reducing due to cultural shifting, decreasing crime rates, and government support.

Among the resources, the use of online dating services takes the lead. About 16% of single individuals have utilized an online dating platform, and more are expected to be site and app users. Of the many, Pairs, tapple, Tinder, with, Happy mail, and Omiai are some of the most well-known apps. Tinder, Omiai, tapple, and TrulyAsian are free dating sites in Japan, so you don’t need to spend a lot to explore these social networks.

Foreign dating in Japan can be both restricting and freeing

A study in 2015 revealed that at least one partner in roughly 10% of all marriages in Japan is of foreign descent.

If you are dating in Japan as a foreigner, you have a fair chance of dating and marrying. You just need to know where to look for favorable circumstances.

Japanese people tend to have “types.” This can be particularly confining because it might put you in a category that few might be attracted to. However, at the same time, it is liberating as this actually gives you a better chance of meeting up with someone who is already half in love with you because of inherent characteristics.

For instance, there is a considerable amount of women who are reserved for dating only Japanese men. Some, though, exclusively date foreigners. They are called “gaijin hunters.” It sounds aggressive because gaijin hunters usually are. They are engrossed with foreign culture and foreigners. If you are a foreigner, you are already special to them.

Maximize your chances by using dating sites and applications especially tailored for users to pair up with people with the same principles, interests, goals, etc. This establishes more profound relationships that go beyond physical attraction.

Therefore, it is noteworthy to be sincere and real when you participate in the Japanese dating scene — offline and online. Being genuine is going to lead you to purposeful partnerships. Creating a false persona is only going to hinder you from finding romance. And really, it is unnecessary when you have all the dependable and safe ways to date.

Japanese dating usually starts with “Kokuhaku.” It is when a person confesses his/her feelings or interest. It is considered imperative in the Japanese dating process. Unlike how the rest of the world dates, the Japanese want it clear at the very beginning that they intend to have a serious relationship. They would not go out with someone they aren’t interested in.

Japanese people also tend to be straightforward and would let you know if they do not want to continue dating. In the same way, they would be respectful if you felt like it isn’t working. Most foreigners, particularly those who are dating to marry, find this design convenient and efficient.

Dating in Japan: Norms and Customs

Unlike the West and the westernized countries, Valentine’s in Japan is celebrated with women, not men, giving sweets to show their affection. If you’re a foreign guy, do not feel weird or emasculated if your date surprises you with these gifts on Valentine’s Day. Enjoy it. You won’t get to experience this anywhere else in the world!

White day in March is the man’s turn to give presents to women to reciprocate the sentiment. Chocolates, candies, cookies are the most common gifts. Jewelry or a planned trip are also popular choices.

“Goukon,” or group dating, is getting to know your potential partner’s interests while bonding with friends. It is equivalent to a casual date, and it does mean that you are friend-zoned.

The Japanese do not have conventional roles for males and females that most Asians and even westerners conform to. It is equally acceptable for both genders to confess and initiate a relationship. During dates, splitting the bill is common practice. In the relationship, it is natural for girls to gift tokens of love and affection.

Public displays of affection are reprehensible. They consider these expressions to be private and should be kept covert. While dating, they also believe that being reserved also preserves the personal connection.

The Japanese culture reiterates modesty and formality. The Japanese people generally find those holding hands, embracing, and kissing in public obnoxious and ill-mannered.

A typical Japanese date usually lasts the whole day. An example would be a trip to a theme park or a festival that starts with active, fun rides and games or shopping for “kawaii” souvenirs. It typically ends with a relaxing stroll or enjoying a fireworks display.

Trying Out Dating in Japan

Dating is hard work everywhere. However, Japan has made going out enjoyable and exciting, like the experience it is meant to be.

You only have to be confident, authentic, and respectful. Understand the country’s values and how it affects the dating culture. Be accustomed to social cues and traditional practices to guarantee a reverent relationship. Focus on the opportunities rather than the obstacles. Plan realistic objectives while remaining hopeful.

Your dating adventure lies in wait for you. Go for it.

Meet and chat with new people at TrulyAsian and find the love of your life through online dating today! Don’t forget to join our email newsletter below to get more exclusive tips and advice about dating and relationships. 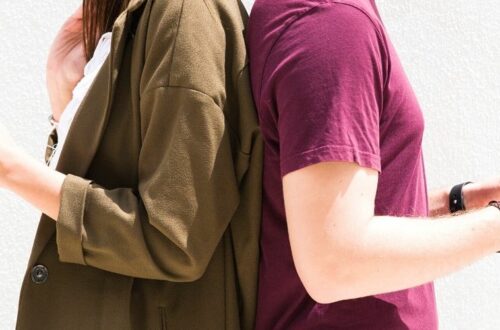 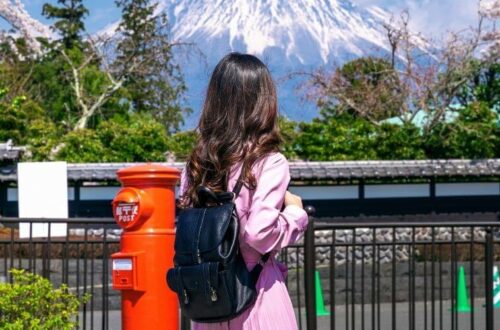 How to Meet Single Japanese Women: The Ultimate Dating Guide 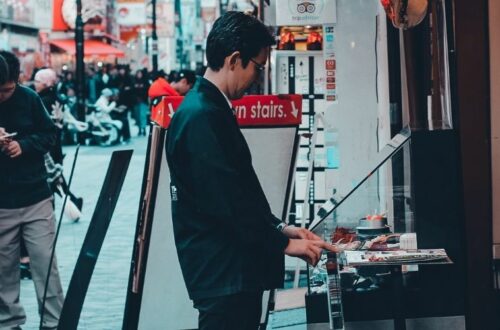