Dating has never been easy. When it comes to loving someone and finding the right person can expose you to a lot of potential heartaches. Countries with strong Islamic influence take love seriously. Unfortunately, this does not stop the present locals from drifting from their tradition and exploring different Indonesian dating norms.

Love in itself is a complicated matter. There is no single formula in dating successfully, and meeting people can be difficult without help. When you want to date to find the love of your life but end up experiencing heartbreaks, it takes a toll on your emotional well-being. Whether you’re a local or a foreigner, being aware of Indonesia’s dating norms can prove to be extremely helpful in developing your mindset when it comes to Indonesian dating.

In contrast to Indonesian’s conservative culture, romantic interests commonly emerge during their junior high school days. Most Indonesians admitted that their first taste of romance was when they were around 12 years old despite this practice being discouraged. How Indonesians date comes from their religious practices and traditions.

Dating and Courtship is a Family Affair

As an Asian country, Indonesia practices a collective culture. This lifestyle makes family important, especially when it comes to dating and courtship. Almost 90% of Indonesians are Muslims, and parents take it upon themselves to choose their children’s right partners. Parents often prefer partners who are of the same social status and religion. The conventional criterion for every Indonesian family is the famous triple B, ‘Bibit,’ ‘Bebet,’ and ‘Bobot,’ which translates to family wealth, social rank, and ancestry.

Like any other family-centered culture, Indonesian dating cannot happen without the family’s approval. Indonesian parents take pride in the success of their children. This mentality leads to the parents believing that marriage is not exclusive to the husband and wife, but between the families involved.

Premarital Activities are a Big No

Muslim communities consider premarital activities as a sin since ancient times. On the other hand, how Western societies portray dating has influenced some Indonesians to practice ‘kencan,’ or getting into relationships that don’t necessarily lead to marriage. Older generations tend to frown on these influences. Because of their long-standing tradition, expecting sex in a casual relationship can lead to misunderstandings and break-up. Some Indonesian girls take pride in their virginity. For them, it is a symbol of fertility and their value as women. Respecting your partner’s culture is as important as making sure that you’re happy in your relationship.

Communicating and doing positive activities such as picnics and walks are great alternatives to do when dating someone. Choosing bright and crowded places for dates can also help you avoid intimate atmospheres that could lead to premarital activities. In addition, men and women should wear appropriate clothes when going out.

Marriage is a sacred union between two families for Indonesians, which is why they believe that dating should always lead to marriage. Traditionally, parents introduce their daughter to different suitors before choosing the most suitable partner for their daughter. At the same time, men ask permission for the daughter’s hand in either marriage or dates. Parent’s consent is one of the oldest traditions in Indonesian dating.

The key to successfully date Indonesians is by following their set of rules when going out. Indonesian parents usually set different ground rules depending on the occasion. One of the most common practices is their curfew, conduct, and dress code. Dating customs vary from household to household. Some may prefer you and your partner to spend time inside the house or limit the areas you’ll be able to explore. No matter what kind of rules your partner’s family may impose, respecting them, and following them will surely place you in their good graces and receive their blessings.

When dating Indonesians, religion has always been a factor determining whether the relationship will succeed. Aside from considering premarital activities as a sin, it is a religious tradition to consider women sacred. A man should respect, value, and consider them the most important person in their life. Because of the spiritual influence in their dating customs, same-sex relationships are taboo, and LGBTQIA+ partnerships are an act of sin.

Indonesians are rooted deep in their culture; because of this, they welcome foreign influences reluctantly. Despite this reluctancy, online dating sites have made their way into the Indonesian dating culture, during a survey conducted by specialists.

They discovered that there are almost 50% of Indonesians know at least one couple who has met online. Apart from this, 36% of Indonesian Millenials use online dating applications and websites to find their significant other. 43% of Millenials are proud to admit that they’re dating online. While 36% use online dating to find their special someone, 34% use it to meet other people and build networks.

This mentality encouraged Tinder to rebrand itself as a social discovery app instead of an online dating platform. Dating sites have helped numerous Indonesians to develop their social circle and create friendships.

There has been a growing trend in Indonesian dating. Indonesia Tanpa Pacaran or Indonesia Without Dating has been the recent craze in the country. This craze encourages Indonesians to eliminate premarital dating and go straight to marriage. Ta’aruf or introduction has been a long-standing Muslim dating tradition practiced by Indonesians in the older times. This practice is similar to arrange marriages where the families choose their children’s life partners on their behalf. When both families agree, the paired children would then communicate over the phone or meet personally with strict supervision.

Casual dating has encouraged a lot of Indonesians to explore the dating world. With this, heartaches and break-ups became more frequent than before. These events caused casual dating to lose reputation and encourage Indonesians to give up on dating and practice ta’aruf.

The current practices of Ta’aruf are not dissimilar from online dating. An ‘ustad’ or cleric usually supervises all matches and acts as a matchmaker. Interested individuals send their profiles to these matchmakers where they base these matches on the participant’s social status, wealth, and ancestry. With the cleric’s supervision, both parties get to accept or decline the matchmaking. The involved parties then go on supervised dates or communicate through the phone after arriving in mutual agreement. After some time, when the interested parties are happy with each other, the man would then ask the girl’s parents for her hand in marriage.

Despite ta’afur’s selling point of having a sure marriage, it is not instant. Both men and women should make an equal effort to keep their relationship and like each other. Like any healthy relationship, knowing one another is also a crucial part of a successful ta’aruf pair. A ta’aruf pairing is not absolute. If a participant is not happy, he or she can cancel the marriage.

The Dos and Don’ts when dating in Indonesia

When publicly dating in Indonesia, there are also certain customs and etiquette to uphold. Like in any other community, showing your partner respect in public is the most effective way to show them you love them. Recognizing their efforts, no matter how small, will also help you lessen the gap between you and your partner.

Do not forget to distance yourself from strangers who are of the opposite gender. This is one of the most critical Indonesian dating norms you should be aware of. Being close to them can give your partner and the public the wrong impression.

At the same time, avoid directly confronting someone of their mistakes. Indonesians pride themselves on their image, and correcting them publicly can damage their image and place you in their unwanted list. Avoid losing your composure in public as well. Getting angry or crying in public can damage your reputation and may affect how your partner sees you. Avoid talking about sensitive topics such as politics with your partner on a date. These topics could leave the wrong impression and affect your relationship with your partner.

With their natural collective culture and religious attitudes, older generations often frown on these western influences. There is no right formula when it comes to dating people. No matter who they are as long as you want to be with them should be enough reason to keep liking them. Understanding your purpose of dating in the first place will help you overcome any future heartbreaks. Dating for the sake of dating may not be the ideal mentality in Indonesia since most consider dating as their ticket to marriage.

Knowing who your partner is before dating can also save you from a lot of pain in the long run. That’s why learning about your Indonesian partner’s dating norms are essential. Understanding who they are, where they’re from, and the like will give you a better picture of what kind of person they are. Imagining your life with them after understanding them will provide you with better judgment on whether they will be the right person. 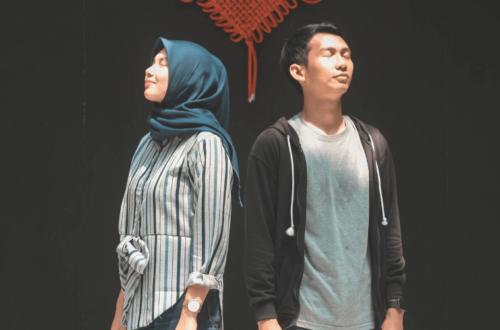 The Conventional Guide to Indonesian Dating Indonesian Dating Culture: Before vs Now How True Love Awaits You in an Indonesia Dating App