Dating an Asian feminist can be a challenge. It might feel like a minefield at times where you find a simple conversation blow up into a massive fight without prior notice. We’re here to tell you: it might be your fault.

Sometimes, anti-feminists or regular men simply say things they didn’t think were insensitive, to begin with. You might feel that thing you said was harmless, but in actuality, it might be an outright disrespect against women. We don’t a hundred percent blame you for that.

The world is still slowly getting out of the patriarchal bubble and soaking in the age of feminism. While many people are now pushing for a more radical society, it’s still not enough to call the modern world a progressive one.

Hence, we should contribute to reaching the future we wish to live in. As for your case, you can start by getting on your Asian feminist girlfriend’s good side. With that, let’s first talk about feminism in Asia, and after, the winning tips to make your Asian feminist date happy.

Feminism in Asia is more intricate and critical than one could imagine. Letting feminism be a part of Asians’ regular lives can be a tough call.

For the most part, it’s because it attempts to persevere and adapt both universalisms of women’s rights and several social, cultural, and religious realities. In retrospect, it can make the battle to recognize gender equality more effective and inclusive.

During the 60s and 70s, every Asian feminist united to form the Women’s Liberation Movement. The organization sought to redefine women’s role in the family and fought for greater personal freedom for women. They also dealt with and defied the archaic societal norms and culture that make women’s rights harder to penetrate Asian borders.

Moreover, Western women’s liberation movements influenced several Asian countries. They even got specific ideas from China’s Cultural Revolution—a sociopolitical movement that re-imposed the Mao Zedong Thought—that helped shape women’s liberation in the West. Nonetheless, many Asian feminists had to tread the line between being feminist or being “Asian.”

In India, they focused on tackling the rigid caste system that classifies people according to societal roles. They concentrated on Palestinian women’s predicament in abhorring gender oppression in Israel. In Japan, the movement tackled sexuality rather than equality. It aims to recognize women’s independence and freedom to choose their social roles.

Furthermore, in South Korea, Taiwan, and Singapore, the organization was inspired by the worldwide movement for women’s liberation. Hence, they combined the war against sexism with the battle against colonialism and economic exploitation.

Tips to Make a Feminist Happy

Now that we satisfied our minds with all things feminism, let’s go ahead and talk about the winning tips to make your Asian feminist girlfriend happy.

1. Establish your respective interests and values

Feminists aren’t perfect people—despite how loud they may seem—and they know that. But compared to others, they have a keen understanding of how women’s opinions tend to be sidelined. So, they talk about them as often as they can.

Moreover, many people avoid talking about critical matters with someone during the first few dates. But, this isn’t the case for many feminists.

Your Asian feminist date won’t shy away from social issues. They understand bringing it up may dampen the mood. But, they believe that the only way for them to honestly know someone is when they hear their stance on an issue.

As such, establish your respective interests and values from the get-go. Talk about things fundamental to you and let your Asian feminist date know your dealbreakers.

Just because you’re a guy doesn’t automatically make you better at anything—it shouldn’t entitle you to act like a prick either. Throw away your prejudices against gender roles and treat your Asian feminist date as equal.

Bake that cake if you’re the better baker, and let her fix the faulty wirings in your apartment if she knows how to fix them. During dinner dates, let her pay the tab once in a while. Or, split the bill if you don’t want her paying for your meals.

Step away from archaic notions on gender roles and encourage her to do things she’s great at.

3. Be her number one supporter

Feminists can be insecure beings, too. And, that’s the beauty about them. They know their imperfections and aim to overcome them whenever insecurity creeps back in.

Hence, empower your Asian feminist date to be her best self. Remind her of her goals and support them whenever you can. Finally, let her shine of her own volition.

4. Believe when she says you’re in a partnership

When your Asian feminist calls you their partner, appreciate her for it. The term “partner” has a solid ring to it as it indicates sharing a life with someone.

Being in a relationship with someone sometimes only suggests being attracted to them. However, having a romantic partnership with your Asian feminist girlfriend means being comfortable with each other’s nakedness—figuratively and literally speaking. It suggests depending on each other equally.

Asian feminists care about the pressing issues concerning women’s rights and equality. They would want to discuss these matters with you as their partner—even when your opinions differ.

As such, read books or watch films where feminism is concerned. It might be a great idea to start from the beginning. Doing this will help form a positive conversation with your partner. Plus, they will greatly appreciate your effort for being a feminist boyfriend.

Got an Asian Feminist Date? Love her.

Asian feminists are loud—and sometimes annoying—for a reason. They needed to be noticeable at all times for someone not willing to conform to modernity to at least have a glimpse and notice.

So, support her for it. The best thing they need is someone who appreciates the things they fight for. And, empowers them to continue fighting for an equal society.

While we still have many things to say or tips to share, we believe the best way to make your Asian feminist girl happy is to be her partner and ally in one. 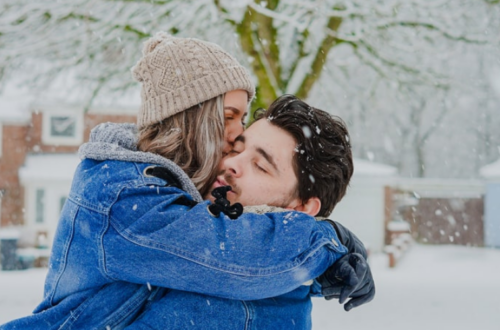 14 Holiday Destinations in Asia for Your Year-End Trip